For The Love Of Money - Crocodile Wallets Last So Much Longer

NB: I am not paid to post nor do I receive a discount for posting this review.
Money is the root of all evil - until you don't have any - then you don't see it in quite the same light. I love money. As someone once said to me 'money's not everything - but it ranks up there with oxygen'.


There is an Israeli diamond trader that recently said to a friend of mine 'I feel naked without twoooo thouuusssand dollars in my pocket'. The friend keeps it in a roll, sometimes in a money clip. Always in 100 bills which are ordinarily so hard to come by.
But money is changing. It used to be visceral. Show me the cash and then we'll negotiate. Now it's this strange milieu of web apps, desktops and NFC tapping that has take some of the glamour away of having a fancy credit card or a lovely wallet in which to put it in.
This year, after nearly fourteen years, I finally had to get a new wallet. My last two were purchased from Heather Brown of Di Croco in Sydney's Double Bay. Since then she moved to Darwin and keeps a single store up there. Her skins, from memory, are tanned in Singapore and she uses only the best Australian saltwater crocodile skins. Plus, she's clever enough to design them for Australian notes, which is so much more alluring than the European wallets that often are much deeper. It's the smartest best quality wallet for Australian's that I have seen. Simple, elegant, lithe. And, it has crocodile both inside and outside.
But then, I don't use cash that much anymore, and more frequently, I don't even use my credit cards. So in March, I found myself entertaining the other style of wallet. One which holds very few credit cards and keeps the basics that you still need (but probably soon will do away with) of driver's license and health care card. The one I found, from Al Bazaar of Milan, which was stocked in Melbourne's Double Monk, was on sale and was slightly large than I was used to but which has become my day to wallet. It's a sturdy crocodile in blue with an insert for cash in the centre and two extra sleeves in which I place things such as petrol receipts (which increasingly are being photographed and automatically filed in apps).
Of both of them I am extremely happy. But like all things magical and wonderful in the world of artisans and craftsmanship, I fear for the future of products such as wallets, just as much as I fear for the future of the tie and bow tie. Because the world is so rapidly changing, the way we move money, the way we wear our clothes, the way technology so swiftly replaces things that were once ageless, it is incumbent on artisans and makers to get very creative very quickly to find relevance for their products and materials.
Once upon a time a company could rest on it's laurels for a very long time. Get a pen right, get suitcase right, you had a forseeable income stream. I don't think anyone can do that anymore, not in any product category. I'm not sure governments are ready to chip us like dogs just yet, so a passport holder and a driver's license and identity cards I believe will remain in place - so the wallet will still have relevance, but you can feel it changing. Those days when you saw a city worker open his bulging wallet with every membership card he'd ever had an cash spilling out - they are dying out. As I observe in the morning now, most are tapping their cards on 3 dollar purchases and the more savvy ones are tapping their phones.
But for now, and for the years to come, I am still very much attached to a good wallet, passport or card holder. And for an Australian, I highly recommend Di Croco in Darwin. You are getting the best leather and you are supporting Australian craftsmanship. 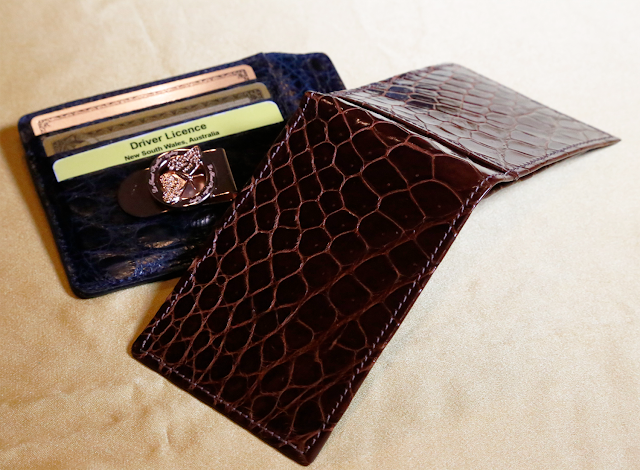 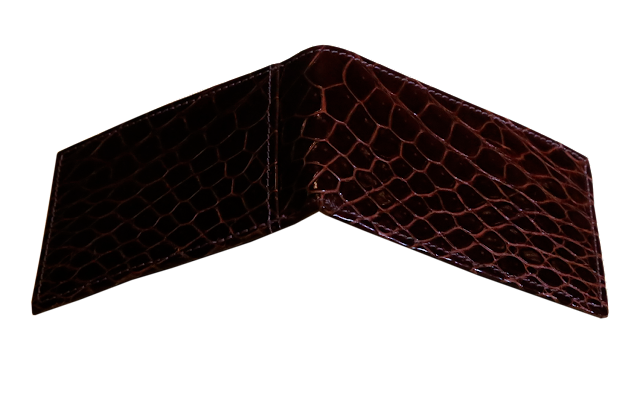 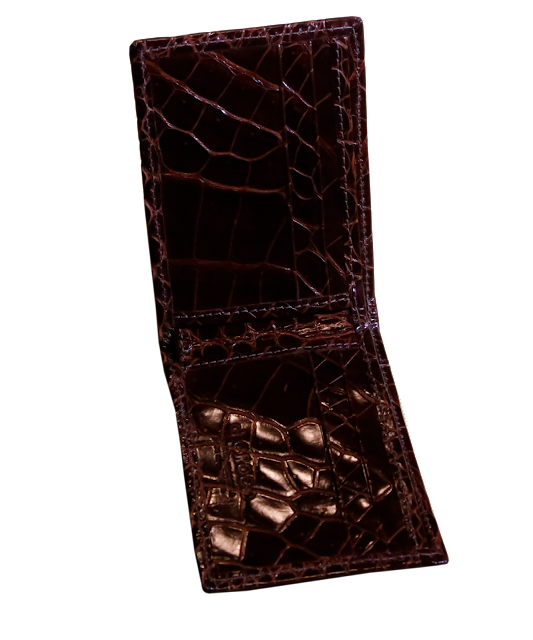